What is the Average Size Penis

Throughout the annals of time, herbal medicines have been at the fore front of healing. In ancient history, the people of specific eras used the roots, stems, and leaves of many herbs that grew wild in the area. Many of the herbs used today have ancient oriental ancestry. For more than 6,000 years, green, herbal plants were the mainstay of the ancient medicine man and faith healers. Once unknown, several herbs have gained popularity down through the ages to become widely used worldwide. Such is the case of the horny goat weed which is a product of some ancient oriental countries. Modern medicines still include some of the old remedies from ancient history. Many of which are in their original form, but sometimes grown organically for a healthier product.

How the herb works

This perennial herb was first found and used in Korea, Japan, and China over 2,000 years ago. It grows on the hillside in the crevices and shady areas. The flowere of the plant are red, yellow, violet, or white, and it has an oval fruit. There are around 15 different species of the plant which is known in Chinese medicine as yin yang huo. It is known to contain a chemical that may help to increase the blood flow. It also contains a chemical that acts like estrogen in women. These chemicals are called phytoestrogens.

This herbal medicine is believed to improve sexual function. It has been used as an aphrodisiac to help increase sexual libido, help improve erectile dysfunction, and overall sexual performance. It has also been known to eliminate premature ejaculation. The perennial herb is used for weak knees, back, and joints, and aids in the discomfort of arthritis. Other conditions that this herb is attributed to being beneficial for are physical and mental fatigue, and memory loss. Although there are limited scientific studies to support these claims, the word of the users speak favorably for the product. Because of the chemical that acts like estrogen, bone loss in women who are post menopausal may be reduced.

The name horny goat weed may not be a familiar one to most people, but the age old product is still relevant in the quest for finding something that works without harsh chemicals and additives that could be harmful for hum consumption. There are no recorded side effects of using this product except that high dosages may produce profuse sweating. As with any new product that you have not used before, it should be researched so that valuable information can be understood about the uses. It is recommended that you check with your doctor before trying this product especially if there are current health conditions. The medication is sold over the counter, and is available in a tea, a powder, capsule, and tablet. It should be easily accessible anywhere various herbs are sold. 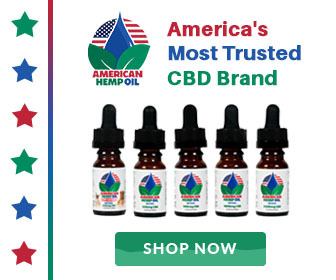