Just about everyone knows that unhealthy foods often contribute to many health ailments. Yet one of the lesser-known effects of eating poorly, according to certain studies, is that a bad diet can also trigger bipolar-mood episodes.

While there isn't a special diet suggested for people with bipolar disorder, there are certain food types that can help to manage manic episodes. To add to this, people that have bipolar disorder often have a higher prevalence of several chronic conditions. Some of these include being obese or overweight, states Rachel Bergmans, Ph.D., MPH, one of the researchers at the University of Michigan Medical School in the psychiatry department in Ann Arbor.

She goes onto explain that following a healthy eating plan can benefit some of the bipolar disorder symptoms as well as lower the burden related to co-occurring illnesses.

Today there is a lot of evidence on how nutrition impacts mental health, which includes mood states for people with bipolar disorder. For instance, one of the studies published in the Journal of Psychiatric Research in September 2015 discovered that certain types of fatty foods can play a role in decreased mental health as well as functioning in people with bipolar disorder. It is recommended to maintain a healthy diet which includes eating more vegetables and fruit and lowering your fat intake.

Melvin G. McInnis, MD, the Thomas B., and Nancy Upjohn Woodworth Professor of depression and bipolar disorder, states that evidence suggests that when intake of omega-6 to omega-3 fatty acids is imbalanced it is problematic in people with bipolar disorder. Melvin G. McInnis, MD is also the director of the Heinz C. Prechter Bipolar Research Program for the psychiatry department at the University of Michigan Health System in Ann Arbor.

When the omega-6 to omega-3 ratio is high it interferes with the way the body uses omega-3 fatty acids. Omega-3 fatty acids have anti-inflammatory characteristics that benefit overall health, which includes mental health along with conditions like bipolar disorder.

Dr. McInnis also explains that individuals that have bipolar disorder need to rebalance the fat types that they eat so that it includes fewer omega-6 fats and more omega-3 fats.

Since omega-6 fatty acids and omega-3 fatty acids compete in the body, it is best to avoid the food types that contain high omega-6 to omega-3 ratios, which includes vegetable oils like cottonseed, soybean, and corn advises Bergmans. The better options for oils include vegetable oils like olive, flaxseed, and canola (which are all low in saturated fat).

It is also advisable to include more foods that are omega-3 rich into your diet. Some of the best options include winter squash, collard greens, spinach, anchovies, sardines, wild-caught salmon, flaxseed, almonds, and walnuts.

If you decide to stay away from bipolar-incompatible food types, this will improve your physical health, which includes heart health, and your psychological well-being. The National Institute of Mental Health states that this is really important, especially when you have bipolar disorder since you are at a heightened risk of vascular and heart disease, as well as obesity.

McInnis explains that individuals that have bipolar disorder, generally maintain a poor diet and are not great when it comes to planning a healthy diet that contains the appropriate foods. One of the main issues has to do with fast food, the main source of food for a high percentage of people suffering from bipolar disorder. He goes onto say that the reason for this usually has to do with the fact that it provides satisfaction, it's cheap and convenient over the short-term.

Jess G. Fiedorowicz, Md, Ph.D., one of the associate professors from the department of internal medicine and psychiatry at the University of Iowa Carver College of Medicine in Iowa City, says that there are additional factors that can also lead to poor choices in food which include smoking, inadequate exercise, side effects from medications, or even when access to care is lacking.

Dr. Fiedorowicz states that the first step even though there has been a bit of speculation when it comes to a specific way of eating for people with bipolar disorder is to simply follow a balanced and healthy diet.

Drinks And Foods That People With Bipolar Disorder Should Avoid

Stimulants are known for triggering mania which is why they should always be avoided, states Fiedorowicz. He also says that caffeine is one of the underappreciated triggers that could also interfere with your sleep. Sleep deprivation is one of the main triggers for bipolar mania or mood swings.
The National Sleep Foundation also indicates that caffeine has the potential to increase anxiety and irritability, and suggests that you should avoid caffeine just before bedtime.
Fiedorowicz has also stated that certain over-the-counter medications like pseudoephedrine, found in cold or cough medications contain stimulant properties that also play a role in triggering bipolar mania or mood swings.

Bipolar disorder and alcohol is a dangerous combination. Alcohol affects mood swings in people with bipolar disorder in a negative way and can also negatively interact with certain medicines like lithium, says the NIHCC (National Institutes of Health Clinical Center). Bipolar disorder patients are at a heightened risk of dying prematurely when they use other substances and alcohol, from data analysis that included over 11,000 individuals with bipolar disorder that featured in The Lancet Psychiatry, September 2015 issue.

Eating a diet that contains high levels of sugar makes it difficult to control obesity and weight, which relates to belly fat, making certain bipolar disorder medications less effective. This information comes from results collected from a multicenter study that was published in the Acta Psychiatrica Scandinavica June 2015 issue. If you love sweet things, rather turn to fruit.

If you are taking lithium, then moderating your salt intake is often complex, since changing your salt intake which could involve either a sudden decrease or increase can impact lithium levels, states the NIHCC. Consult with a doctor on how to manage your salt intake so that you maintain a range that is healthy. You should not be eating more than 1,500 mg (milligrams) of salt every day according to the American Heart Association. Just as important, when you take lithium you also need to make sure you are hydrated. Fiedorowicz cautions that dehydration can result in dangerous and unhealthy side effects.

Fiedorowicz recommends sticking to the heart-healthy suggestions from the American Heart Association that limits trans and saturated fats in your eating plan. This typically means choosing low-fat dairy products and lean protein when it comes to animal products.

You may have already heard that fat present in foods can change the way the body utilizes medications. In general, the medications that you take will still work, but consuming fatty and fried foods in excess is bad for your health and your heart. It is also important to know that oils that you use to fry foods contain high levels of omega-6 fatty acids which you should be avoiding.

Planning a healthier way of eating shouldn't be a daunting task. McInnis suggests that you visit a local farmer's market, to explore the different options, and even talk to the farmers to find out how they enjoy and prepare their produce. If you make a quick stop at a store, he suggests staying with the periphery, which is where the whole foods like fish and produce are generally found.

For more tips on how to maintain a healthier way of eating, McInnis suggests:

– Rather than potato fries or chips, stick to fresh vegetables served with a healthy dip like hummus.
– Stay away from sweet pastries and rather top crackers or whole-grain bread with a fruit preserve.
– Rather than your 4th or 5th cup of coffee for the day, go for herbal tea or a decaf cappuccino.
– Stay away from fast-food fries and burgers and rather order fresh salads instead.
– Swap your fried entree for broiled or steamed fish.

Planning a diet that suits you usually involves a “group” effort, which includes assistance from a medical team. If your lifestyle and your diet require a makeover, talk to a dietitian or a doctor for help.

Lipozene Review: Everything You Need To Know About This Weight Loss Supplement 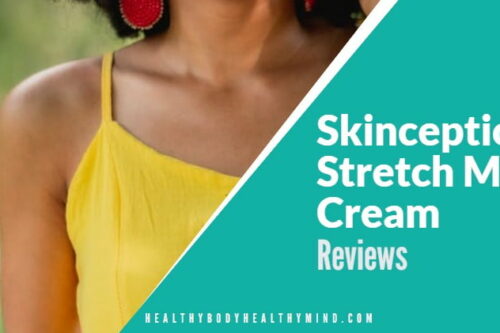 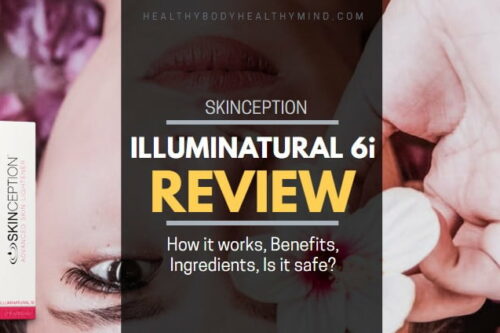 Skinception illuminatural 6i Review: Eliminate Dark Spots (Ingredients, How it Works, Is it Safe?)